My memories of summer are inextricably linked to lighthouses. I grew up in North Carolina, where lighthouses pepper the coastlines. One of the most famous, Cape Hatteras Lighthouse, made headlines when it was moved in 1999 to keep it from falling into the ocean.

Media personnel taking a last look at the Cape Hatteras Lighthouse in North Carolina on June 15, 1999, before began its 2,900-foot journey along steel rails to its new location.

But my favorite is Old Baldy, just a quick drive and ferry ride from my old home. It’s the oldest standing lighthouse in North Carolina and has maintained its original form and location since 1817. It was actually built earlier but had to be torn down and rebuilt—they used a combination of recycled bricks from the original lighthouse and newly pressed bricks. Before the first lighthouse was destroyed, the keeper, Henry Long, died unexpectedly. His wife, Rebecca Long, took over his duties temporarily, hoping she would eventually become the full-time keeper. Unfortunately, President Thomas Jefferson declined to nominate her, writing, “The appointment of a woman to office is an innovation for which the public is not prepared, nor am I.”

Each lighthouse has its own story; perhaps it’s one of the reasons I find them so fascinating. I’m not the only one. A joint resolution in Congress designated Aug. 7, 1989, as National Lighthouse Day to honor the structures that “have long symbolized safety, vigilance, and faithfulness” and are “monuments to the courage and determination of the people who built them and the keepers who have maintained them.” The resolution didn’t establish the day as an annual holiday, but lighthouses across the country still celebrate the day with special events. 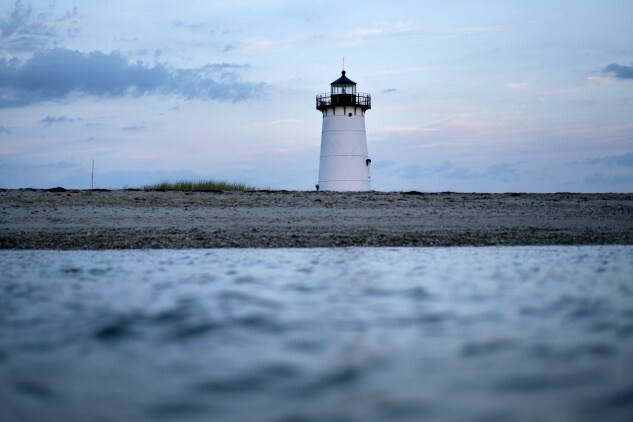 The Edgartown lighthouse at dawn on Aug. 15, 2015 in Edgartown, Mass. on Martha’s Vineyard.

A lighthouse is generally defined as a structure with a light used to guide ships to avoid a dangerous area or identify a safe harbor.

Most tax professionals know a little something about safe harbors—they provide protection from a potentially harsh result. But safe harbors typically can’t help you if you don’t know to look out for them. That’s where we come in. At Bloomberg Tax, our experts offer great commentary and insightful analysis on federal, state, and international tax issues—exactly what you need to stay on course.

In 1715, fed up with the loss of lives and property, townspeople petitioned the colonial government of which state to construct a lighthouse, now recognized as the first US lighthouse?
Answer at the bottom.

Our experts touched on a wide range of topics, from ASC 606 compliance to expensing. For a look at what’s making news, here’s our roundup.

Collaboration is essential among tax departments, IT, marketing, and product teams to comply with new digital product rules like those in Maryland. This is a potentially monumental task when evolving rules and definitions vary among states and continue to change, says KPMG’s Joni Johnson-Powe.

A new Oklahoma law allows for full corporate income tax deductions for the cost of business asset expenditures. Other states should review the pros and cons of permanent full expensing before following in the Sooner State’s footsteps, say Jennifer Karpchuk and Alissa Gipson of Chamberlain, Hrdlicka, White, Williams & Aughtry PC.

Using data analytics tools rather than spreadsheets can help ease some of the challenges faced when trying to comply with ASC 606, say Stout’s Brad Burch and Fotis Konstantinidis.

Crypto volatility can create headaches for tax preparers trying to account for all the variables. But crypto owners can make their accountants’ lives a bit easier by following a handful of best practices, says Bitwave CEO Pat White.

Since the US Supreme Court overturned the constitutional right to abortion, employers have considered paying for travel expenses incurred by employees and dependents for medical services unavailable within a certain distance from their residence. Hill Ward Henderson’s Kirsten Vignec considers the tax consequences raised by travel expense programs.

In Part 2 of a series on the introduction of a corporate tax system in the United Arab Emirates, Parwin Dina of Global Tax Services considers some specific issues that arise and how these may be resolved in the context of international standards. In Part 1, Dina and Varun Chablani of GTS Africa examined the new regime and considered some of the questions and issues which may arise for businesses.

Mike Hodges of Saffery Champness comments on efforts by the UK tax authority to improve tax compliance and collection by digitizing individual tax reporting and considers the future direction of travel for tax collection.

Stefano Giuliano of CMS Italy traces the origins of Pillars One and Two and considers what may happen if they are not implemented.

Foreigners can secure US citizenship at a reduced cost and pay tax at a reduced rate by moving to Puerto Rico and using the EB-5 Visa program, say Structured Consulting’s Jeremy Babener and Trusts & Taxes’ Roberto Santos. 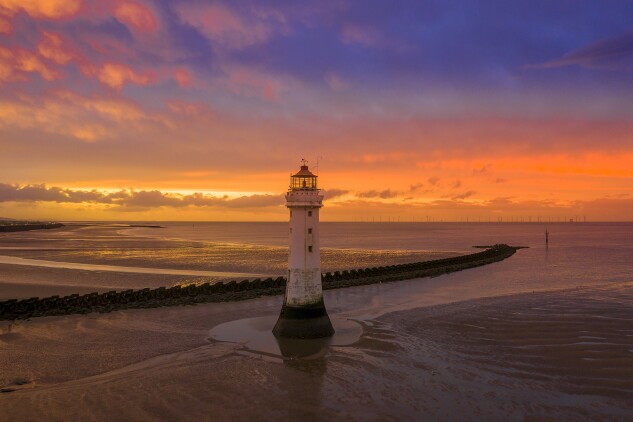 For too long, Washington has ignored the effective tax rate between domestic corporations and global enterprises, says the Coalition for Prosperous America’s David Morse. He says foreign interests should pay their corporate tax share.

Revenue-raising provisions in the Inflation Reduction Act would bring long-overdue fairness to a tax system that for decades has been eroded by special breaks for the powerful and well-connected, says Steve Wamhoff of the Institute on Taxation and Economic Policy.

The latest consumer-price index showed inflation at a four-decade high. The Democrats’ latest reconciliation proposal could spur greater inflation in the short term and damage the US economy, says Sen. Chuck Grassley (R-Iowa).

Proper estate and succession planning is key to Middle East families’ long-term financial security. However, care must be taken to navigate this relatively new world, Esquire Group’s Jimmy Sexton says in this edition of “A Closer Look.” 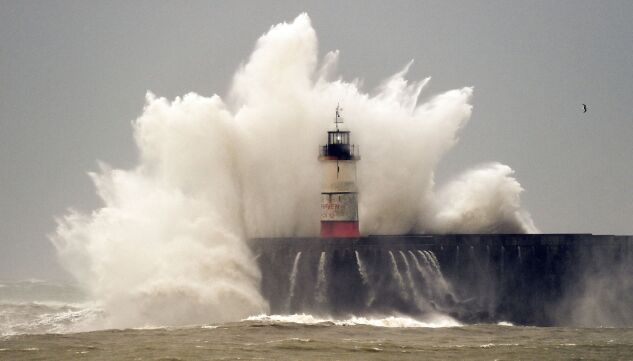 Waves crash over Newhaven Lighthouse and the harbor wall in Newhaven, southern England on Feb. 18, 2022, as Storm Eunice brought high winds across the country.

At The Exchange, we welcome responses from our readers and encourage diversity and civil discussion. We are especially interested in responses that add to the conversation or introduce a different point of view. If you have a response to one of our published Insights, we’d love to hear from you.

“Can I wait the IRS out?” I get asked this a lot. I’m very skeptical of companies or firms that suggest they can calculate your collections end date by looking at a tax bill. It can be complicated. This week, I consider what you need to know about IRS collections and statutes of limitations.

Kathleen Kerrigan is stepping into her new role as the US Tax Court’s chief judge with an overarching goal to help the court live with the Covid-19 pandemic. On this week’s Talking Tax, Bloomberg Tax Reporter Aysha Bagchi spoke with Kerrigan about access to Tax Court records, avenues to advance or resolve cases pre-trial, and work by the court to promote diversity and equity.

It’s been a busy week in tax news from state capitals to Washington. Here are some stories you might have missed from our Bloomberg Tax news team. *Note: Your Bloomberg Tax login will be required to access Tax News.

Our Spotlight series highlights the careers and lives of tax professionals across the globe. This week’s focus is on Danielle Ahlrich, a partner in Reed Smith LLP’s state tax group.

We’re hosting our monthly virtual Lunch & Learn series with “Find Ways to Manage Your Time Better” on Aug. 24 from noon to 1 p.m. EDT. You can find more details about our free event, no registration required, here.

Allison Stelter has rejoined Hunton Andrews Kurth LLP as counsel in the business tax group in the Richmond, Va., office, the firm announced.

Nicola Saccardo has joined Charles Russell Speechlys as a partner with the private client team in London, the firm announced.

Eversheds Sutherland announced that Jason Dexter has joined as a tax partner in its federal tax group in Washington, DC.

If you are changing jobs or being promoted, let us know. You can email your submission to TaxMoves@bloombergindustry.com for consideration. 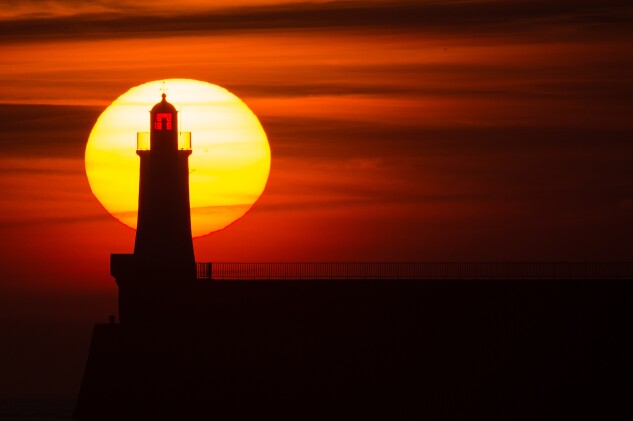 A picture taken on Jan. 24, 2017 shows a lighthouse on a pier at sunset in Les Sables d’Olonne, western France.

Registration is open for the first-ever LEARN event hosted by the National Association of Enrolled Agents.

Registration has now opened for the first virtual 2022 Fall Tax Exempt Organizations Symposium, which will be held on Sept. 8, the American Bar Association announced Friday.

If you’re hosting an industry-wide event, let us know. You can email your submission to TaxEvents@bloombergindustry.com for consideration.

Massachusetts. Boston Light was completed in 1716 and paid for with money raised by a tax on all ships that entered and left the port—one penny per ton for larger vessels and an annual tax of five shillings for smaller and local vessels.

The lighthouse was destroyed by the British in 1776 and re-erected in 1783 as the first US lighthouse.

What Did You Think?

Your feedback and suggestions are important to us, so don’t hesitate to reach out on social or email me directly at kerb@bloombergindustry.com.